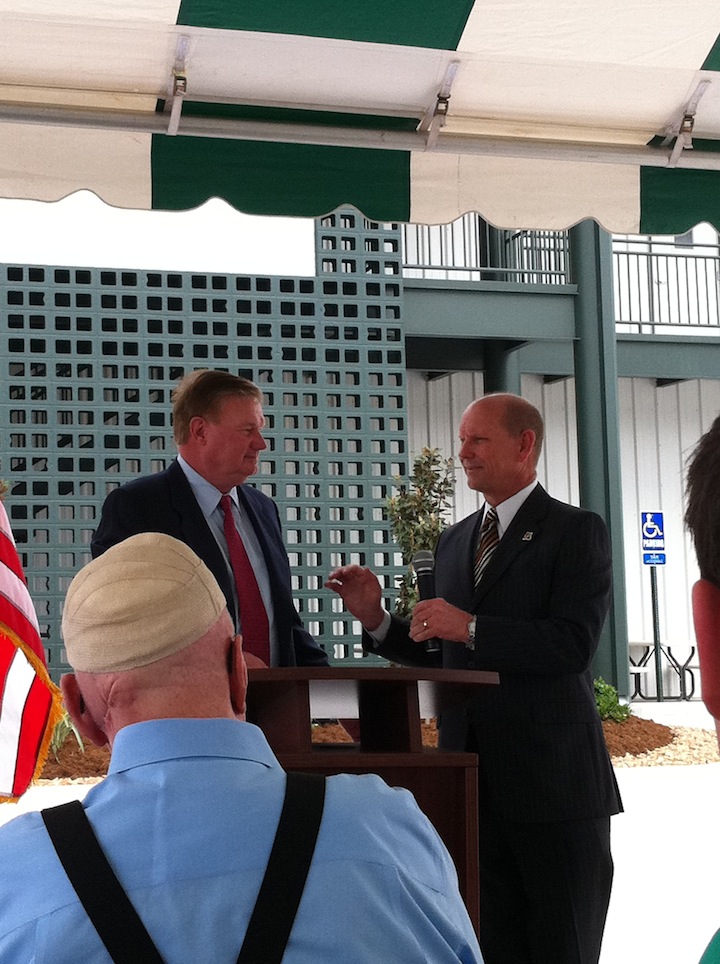 Located across the street from Frank's corporate headquarters on Verot School Road, the new Equipment Repair Center will house the Tong and Power Unit repair operations and bring two key components of the company - repair and inspection - under one roof, says Julie Gauthier, public relations director for BBR Creative.

"Basically, they'll be able to repair and inspect twice as many tools as they were before," Gauthier says. "Frank's does its own certification and testing procedures to ensure that the tools they get from the manufacturer work properly and are safe/accurate before sending them to customers. And now, they'll be able to do twice as many of those certifications each week. On the repair side, it means they can get any broken tools fixed and returned to customers much faster. So overall, the facility is going to make them much more efficient when it comes to quality assurance (testing, certifying) and improve turnaround time on repairs."

Gauthier says the company has already hired a few new employees for the facility, with more hires expected as the facility begins fully operating. When Frank's announced breaking ground on the facility in September 2011, the company said the new addition would bring 35-50 new jobs to the area.

Founded in 1938 as a "one-crew casing company," the Frank's companies employ more than 3,600 people worldwide.