Chuck Wood, whose GM position with the KSMB/KXKC group was eliminated in January, is taking over management of Delta Media. 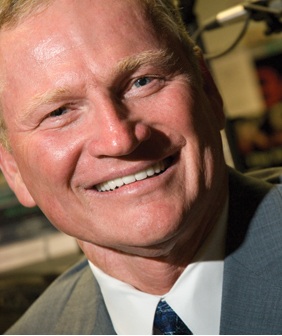 Chuck Wood, whose general manager position with Cumulus Media was eliminated in January, has landed a job as GM of Carencro-based Delta Media. Cumulus owns the local radio group that includes FM stations 94.5 KSMB and 99.1 KXKC.

Delta confirmed this week that it has added local TV station KDCG to its portfolio. Delta purchased the station from businessman Bobby Dupre, whose "The Bobby Dupre Show" will remain on the air, as will much of the station's programming.

Wood, who says he was attracted to a media group that is locally owned, maintains he will be committed to offering local programming. "Our staff will strive to mirror the local values of Acadiana with our programming content in radio, television and interactive platforms," he says.

Radio insiders say the elimination of Wood's position with Cumulus was likely part of a broader move by the company to do away with general managers in smaller markets.