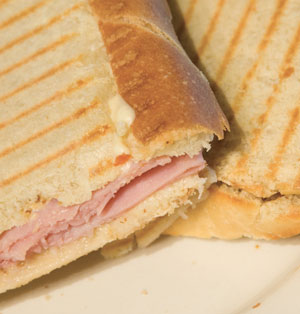 Johnston Street Java hits its stride with a simple menu done well. By Anna Purdy ? Photos by Robin May 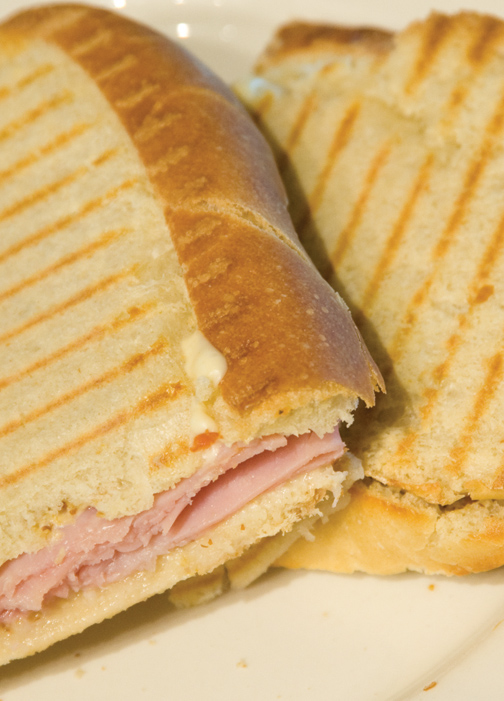 Since the fall of 2010, Johnston Street Java has quietly crept up the caffeinated ladder and is now one of the hot spots for students studying, coffee klatches and the self-employed who think, "You know what? Sunlight. Sunlight and fellow human beings. Yes!"

Its location at 3123 Johnston St., a stone's throw from the Grand 16 cinema and in front of J&R Educational Supplies, is no coincidence: The coffee shop's owner is Peter Martin of J&R. The manager is Nathanael Johnson who also owns Mosaic Café in Eunice. It's mainly Johnson who creates the menu made up of sandwiches, pastries, Italian sodas, coffees and teas. While there isn't always room in the parking lot, don't let that fool you; there is probably space inside or on the wraparound porch.

"Typically coffee shops do well near movie theaters," says Johnson of JSJ's success. "We [opened] at a time where people were ready for something new and different."

The sandwiches are basic, hearty and tasty. The ham sandwich is simply French bread, ham and pepperjack cheese dashed with horseradish and put into a panini press for a few minutes. The horseradish taste isn't intense enough to scare those put off by its strong flavor. Its marriage with the pepperjack cheese adds just the right amount of bite against the sweet, smoky ham. Most of the sandwiches have no more than a few ingredients, and Johnson has just rolled out sandwiches made on foccacia - $3.90 for the sandwich. You'll pay extra for chips and a drink, which can be regular coffee, tea or soda. 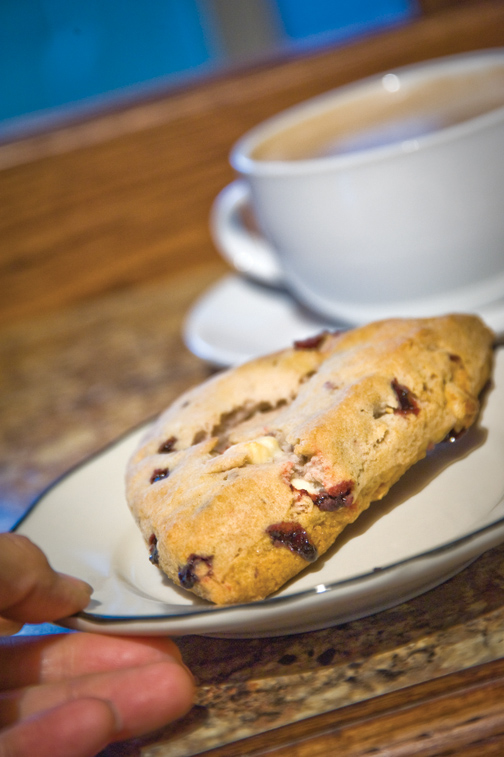 Johnson credits the Orleans Coffee Exchange for helping Johnston Street Java get off the ground. "We were able to find a business that really specializes in Grade A coffee, true micro roasters." This family-owned Big Easy company has been around since 1985. A micro roaster is much the same as a micro brewery - small batches made to exact specifications being inspected every step of the process. A typical bean batch is less than 150 pounds versus the hundreds of pounds per batch by a commercial roaster. The flavor of the coffee is deep and often flecked with, no surprise, chicory. Try anything from the regular coffee to the usual suspects: iced, cappuccino, café au lait, latte and more. The prices range from about $1.70 to $4.65 depending on size and flavors.

Now speaking of caffeine and its various delivery systems: I went to a very intensive college, made all the more intensive because my parents taught at the same university, so staying up to study or finish books past my evening shift was a nightmare. Had I this Chocolate Espresso Puck then I wouldn't be writing this now; I would be a research assistant for Neil DeGrasse Tyson. This thing is a round brick of high quality milk and dark chocolates combined and poured over coffee beans. And it is serious. The chocolate is creamy, not waxy, and the beans provide just the right satisfying crunch that tells your brain it's going to be awake for a while. It's quite rich, but don't let it fool you - you're going to finish it.

Johnston Street Java does have plans to expand in the future but in what capacity is uncertain. Until then, check it out at the location that started it all and read about it in The Independent's just-released Spring 2012 Restaurant Guide, in the new Coffee & Pastries category. 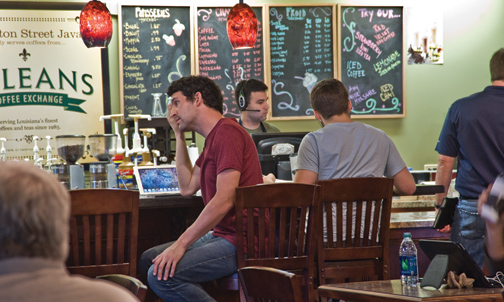