Dr. Kam Ng, deputy director for research at the Office of Naval Research in Virginia, is taking over the Louisiana Immersive Technologies Enterprise.

The board of commissioners for the Louisiana Immersive Technologies Enterprise has chosen Dr. Kam Ng as the organization's new chief executive officer. 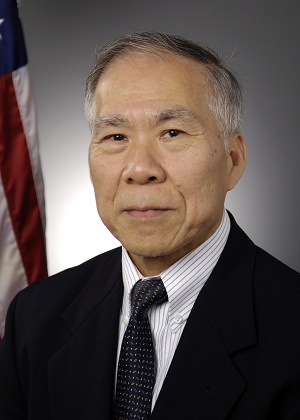 Ng (pronounced Ning) will be joining the LITE staff in early July, after he retires from his current position as the deputy director for research at the Office of Naval Research in Arlington, Va.

"Kam will be a tremendous asset to LITE because of his exceptional experience, professional training and leadership in private and public partnerships," says Dr. Robert Twilley, UL's vice president of research who has served as LITE's interim CEO since November 2010, when Henry Florsheim left the post for a job in Arkansas.

Ng currently oversees a $900 million annual budget for basic and applied research at ONR. He also manages the education and outreach programs that develop the next generation of scientists and engineers and is responsible for the strategy and development of the Navy Science, Technology, Engineering and Mathematics (STEM) program.

Prior to joining ONR, Ng worked at Pratt & Whitney Aircraft, ITT Grinnell Corporation, and the Naval Undersea Warfare Center. He holds six patents and has authored more than 70 technical articles on mechanical engineering.

Ng says his expertise in immersive technologies, simulation-based design and leadership skills are "a perfect match for the CEO position at LITE."

"I view this as a great opportunity to develop digital media technologies using partnerships among the university, industry and government," he says.

A press conference will be scheduled closer to Ng's arrival.