**Exotic names, foreign fathers and ambition unite our governor and president, but the similarities end there.
**

From two different worlds away, their fathers had always believed in the promise of America, and when they finally got the opportunity to study and work at an American university, they didn’t think twice. They packed up everything they had, and they flew across oceans to be here. They were both idealistic, young, brilliant — full of ideas and ambition.

One of them was already married; the other found his first love in college here in the U.S. Within only a year or two of their arrival in America, both men became fathers to their first-born sons, and both of those sons were skinny kids with funny, ethnic names.

When he was in his teens, the older kid, who lived in Hawaii, began going by the nickname Barry. The younger one, incredibly, when he was only 4 years old, demanded to be called Bobby after the kid on The Brady Bunch. His parents, as he tells the story, reluctantly obliged to the demands of their precocious toddler, though they never legally changed his given name, Piyush, which roughly translates from Hindi as “milk.”

Barry’s father fled back across the ocean — to Kenya —when he was still too young to understand or know any difference. Bobby’s father settled with his wife in a modest home in Baton Rouge, and within a few years, they had another son.

Barry’s father was a Muslim, and his mother, though she had grown up in Kansas as a Christian, considered herself a secular humanist. But his grandparents, who raised him for much of his childhood, were still practicing Christians.

Bobby’s parents were devout Hindus. They read the Vedas to their two boys at least once a week, and, on the weekends, they climbed in the family car and headed over to puja services at the homes of other Indian expatriates.

As became older, both eventually converted to Christianity. Barry shed his nickname when he was an undergraduate at Occidental College in Los Angeles. He now preferred his given name, Barack, which translates from Arabic as “blessed.” He was attracted by the social gospel and the emerging discourse of liberation theology, which many considered at the time to be radical and anti-establishment.

To the disappointment of his parents, Bobby became a Catholic, shortly after a high school classmate impressed him by confessing her ambition to become a justice on the U.S. Supreme Court in order to strike down laws permitting abortion. He never shed his nickname, but he too flirted with the fringe of his newly adopted religion. As an undergrad at Brown University, he participated in an unusual and unsanctioned exorcism. He wrote an essay about his experience and even managed to get it published in one of the world’s most notable Catholic journals. He thought, at the time, that the exorcism had cured his friend of skin cancer. Today, though, he considers the whole thing “goofy.”

Both Barack “Barry” Obama and Piyush “Bobby” Jindal have been able to catapult into political leadership and captivate the attention of the entire country because, in part, both offer compelling and exceptional personal narratives. They both appeal to the notion that their success, their smarts, their ambition is something that could only happen in America.

When he was a young man, Obama became the first-ever African-American editor of The Harvard Law Review. Jindal, as a young man, turned down Yale Law School and Harvard Medical School in order to study at Oxford as a Rhodes Scholar.

They are, at the same time, incredibly similar and diametrically different. After college, Obama took a low-paying job in Chicago with a non-profit organization championing the improvement of housing conditions and the expansion of job opportunities for inner-city residents. Jindal spent a few months at a high-paying gig at the mega-consultancy McKinsey before he was whisked back to Louisiana, at the age of 24, to become the secretary of the Louisiana Department of Health and Hospitals. 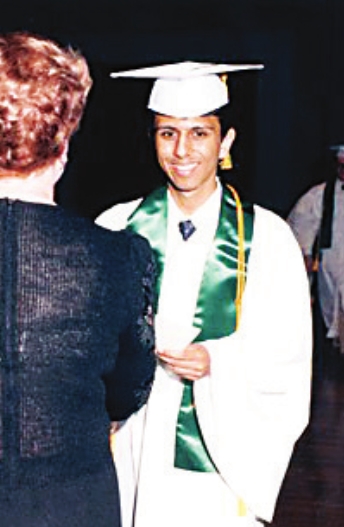 Obama, of course, is a decade older than Jindal. But consider this: When Obama was Jindal’s age, he was a state senator from Illinois, running for the U.S. Senate and best known for his rousing speech at the Democratic National Convention in Boston. In the same number of years it took Barack Obama to make it to the podium at the DNC in Boston, Jindal had already become a two-term governor, a two-term U.S. congressman, the former president of the University of Louisiana, and the former secretary of the Louisiana Department of Health and Hospitals. There’s a legitimate argument that Jindal’s meteoric rise has less to do with his own political aptitude and more to do with the dearth of qualified, highly-educated candidates in Louisiana, so you can ridicule his record and his real accomplishments, but you can’t discount his résumé.

I’ve been covering Jindal for nearly nine years. I’ve probably written tens of thousands of words about his politics and his policies. Incidentally, I’ve met him a couple of times, once at his mansion in Baton Rouge — there’s actually a photograph of us together. I’ve also watched him cut ribbons and dole out oversized checks, and I’m friends with some of his friends, including former and current staffers.

I wish I could admire him the same way some of my friends do. He wants to become the next president, and after all, it sure would be cool if the next president was from down the bayou. But I could never support Bobby Jindal.

First and foremost, I could never support him because he has been a pitiful, disastrous and divisive hack of a governor. I don’t think he deserves to have any words spared. The man has an impressive résumé, but a laughably pathetic record. He was first elected on a platform of ethics reform, but instead of increasing transparency and promoting accountability in government, he has made things worse. He’s shielded his office by claiming an almost entirely made-up “deliberative process” exemption. He’s privatized prisons and hospitals. He’s opposed the expansion of Medicaid, which would provide Louisiana with nearly $17 billion over the next decade and ensure that more than a quarter of a million citizens can access health care. He squandered hundreds of millions of dollars on constructing sand berms to combat the after-effects of the BP oil spill, even though he was warned that it was a bad project and the science simply wasn’t there. Speaking of science, he’s promoted creationism in the classroom, and, in a state that is losing a football field worth of land every hour, he has aligned himself with climate science deniers.

To be honest, I struggle to come up with a single accomplishment that is directly attributable to Jindal’s leadership: Louisiana hasn’t gotten off of any of those bad lists. We’re leading the world in incarceration. We’re at the bottom on health outcomes, education, infrastructure and workforce development. We are, today, less tolerant, less empathetic, and less productive than we were before he moved into the governor’s mansion. Voucher schools have failed, and their failure was a result of a flawed experiment that defunded struggling inner-city schools that needed the money the most. Thankfully, his radical tax plan also failed, but not before he pushed through a repeal of an existing tax plan, which has resulted in the loss of hundreds of millions of dollars every year.

New Orleans has indeed recovered, but it’s not due, in any measure, to Jindal or his administration. Even though he ran essentially unopposed for re-election in 2011, Orleans Parish voters only gave him 37 percent of the vote. Although symbolic, it was still, nonetheless, a vote of no confidence. It may be difficult, if not impossible, for many Republican voters to acknowledge, but the truth is that New Orleans rebounded because of Democratic leadership: Aggressive investments in infrastructure, federal programming dollars for education and workforce development initiatives, all of those much maligned earmarks that were delivered by the son and daughter of a former mayor.

Jindal will likely be remembered as the worst governor in contemporary Louisiana history. That history includes a man who recently spent eight years in the federal penitentiary and, who, according to the polls, would still beat Jindal in a heads-up match.

But policies and politics aside, what has always bothered me the most about Jindal is that he has never seemed comfortable in his own skin. Barry became Barack. Bobby whitened his portrait on the fourth floor of the Capitol, and since losing his first bid for governor in 2003, the quiet conservative Catholic transformed himself into a radical evangelical Protestant.

His reinvention has always struck me as cynical and dishonest. After all, he’s an Ivy League educated biology major who enacts laws that promote the teaching of new earth creationism in the public school science classroom. He’s a first-generation Indian-American who opposes comprehensive immigration reform. He was educated at the finest public high school in Louisiana, and yet he promotes unaccountable church schools over public schools. 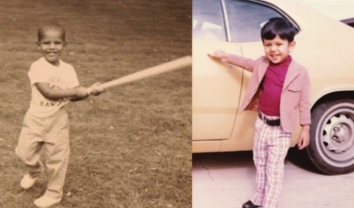 He could have been an inspiration, but instead he is a fraud. He has become a sad parody of himself: a man who rose to power largely because of America’s capacity for and unique appreciation of equality, tolerance and diversity, but who, once in power, became a willful and pathetic mouthpiece of agents of intolerance and hatred.

The America envisioned by Jindal would not welcome his own parents. It is an America exclusively governed by radical Christian dominionists and people who attempt to conceal their bigotry against anyone and everyone who worships differently or loves differently or looks different than they do under pretense of family values. It is an America that detests science, an America mortified by observable facts about the environment and the climate not because it fears extinction or destruction but because it fears losing money.

On Jan. 24 Bobby Jindal will kick off his presidential campaign with an event at LSU sponsored by a hate group, the Orwellian-named American Family Association. Remember when it was revealed that Jeremiah Wright, Barack Obama’s preacher in Chicago, once said, theatrically, “God damn America” in a sermon about war and the deaths of innocent civilians? Wright may have not been the most nuanced orator, but his outrage — albeit clearly incendiary — wasn’t directed at anyone in particular. Wright was righteously angry at Americans killing innocent lives in an unnecessary war thousands of miles away. He damned our country for killing innocent lives.

I may not entirely agree with his approach, but I understand his point.

But Jeremiah Wright is not and has never been a hate group.

The American Family Association is. Why are they working with Jindal?

They legitimately think they can win with this message.

Lamar White Jr. is a native of Alexandria and author of CenLamar.com, an award-winning blog about Louisiana politics. He is in his final year of law school, concentrating on constitutional law and public policy, at the SMU Dedman School of Law in Dallas, where he lives with his golden retriever, Lucy Ana.