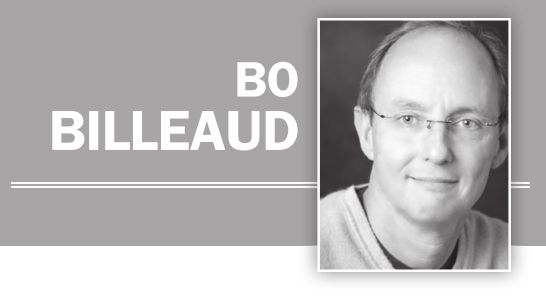 If you depend on a company for your paycheck, do not overload your retirement account with that company’s stock.

Six months ago, the price of oil was north of $100 per barrel. Today, it’s under $50. No one saw this coming, and within the industry most were caught flatfooted and surprised.

We can see a financial reflection of this price carnage by simply viewing the change in value of stock prices for a number of local oil and gas operators over the last six months (see chart below).

Well, as they say, the only thing new in the world is the history that you have not read.

In the mid-1980s, I (vicariously) witnessed an investment lesson that has stuck with me. In 1985, I had taken a job as a petroleum engineer with a relatively small but aggressive oil and gas company. This company was publicly traded, and its stock was offered as an option in the company’s retirement plan. And many longtime and older employees owned a boatload of it.

Unfortunately, in 1986, the Organization of Petroleum Exporting Countries (OPEC) — led by Saudi Arabia — embarked on one of its (recurring) marketshare wars. It opened the valves and flooded the markets with far more supply than needed. The result was “a world drowning in a sea of oil” (as Dan Rather put it when reporting for CBS news; funny the things you remember).

The result of such an over-supply was swift and stunning. Oil plunged from $30 to $8 per barrel over a period of just a few months. And an industry bloodbath followed. The company I worked for saw its national head count fall from roughly 1,500 people to 350 people. And the company’s stock also plunged, dropping 55 percent to $2 per share.

Now, while this 55 percent stock wipeout hurt all investors, where it hurt the most was in the value of employee retirement accounts — the very same employees who were pushed into a forced retirement. So, I saw many “all in” employees lose both their jobs and the bulk of their retirement savings in one fell swoop, and just when they needed ’em most.

So, here’s the lesson: When you depend on a company for your paycheck, DO NOT overload your retirement account with that company’s stock. This is especially true for employees of oil and gas companies, which operate in a highly cyclical business environment. I don’t care how “good” your company is. It’s just a bad idea. The oil and gas company I worked for was a good company. It still is. But it went through a really rough period that necessitated layoffs. And the very people laid off found themselves with 1) no paycheck, 2) no prospects and 3) half-price retirement accounts.

No one knows how long this current down turn will last or where prices will go. So don’t repeat the mistakes of others. Diversify. There is no educational value in the second kick of a mule.

Bo Billeaud has served as president and chief investment officer of a Lafayette-based money management firm for the past 20 years.