[UPDATE: The most recent campaign finance disclosures have Young in the lead with $2.04 million, Nungesser with $1.15 million and Holden with $32,352. Guillory has not filed a report.] 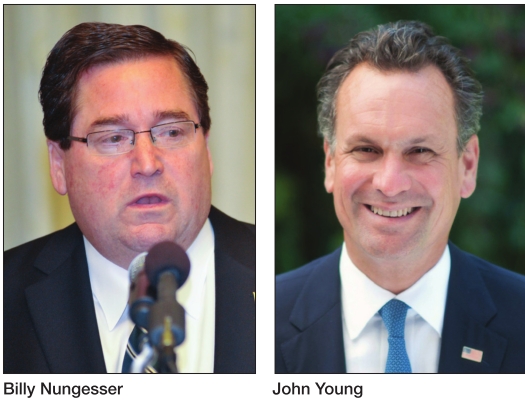 Already overshadowed by the febrile atmosphere of the race for governor, candidates for lieutenant governor seek an office that is conceptually flawed and fundamentally misunderstood by the voting public. As now constituted, the office of lieutenant governor has two major flaws: First, it allows the election of a candidate unconnected to the governor, setting up future conflicts of party, view and ideology. Second, it gives the officeholder duties unrelated to the impulse that prompted the candidacy in the first place. As the race heats up for lieutenant governor, let’s consider the flaws in the position itself and the options for fixing them.

Survey research indicates that Louisiana residents have only the vaguest notion what the lieutenant governor does once elected, other than help the governor. In fact, the primary purpose of the lieutenant governor is to serve as insurance against the death, incapacity, impeachment, recall or resignation of the governor. Article IV, Section 6, of the Louisiana Constitution sketches the duties of the position with remarkable brevity, employing only 53 words that starkly illustrate the position’s general and habitual irrelevance.

In brief, the duties of the lieutenant governor are to substitute for the governor when necessary, to serve as an ex-officio member of all committees on which the governor serves, and to perform any other task the governor condescends to proffer. Belatedly sensing the inadvisability of linking such a grand title to such skimpy duties, the Legislature took corrective action in 1986, statutorily granting the lieutenant governor the independent demesne of Culture, Recreation and Tourism. Administering this department comprises the day-to-day duties of the officeholder.

Despite the position’s meager portfolio and limited budget ($23 million), ambitious politicos find the office itself irresistible, making it the second most prized plum in the political tree. The allure of the office has one source: proximity to the governor’s seat. Put bluntly, becoming lieutenant governor is one of the best ways to become governor, both in Louisiana and other states. According to the National Lieutenant Governors’ Association, 24 gubernatorial successions have occurred since 2000, owing to the death, resignation or criminal conviction of a sitting governor. In most of these cases, the lieutenant governor assumed the seat. Today, eight current governors first served as lieutenant governor before rising to the top state office. In Louisiana, three former lieutenant governors have ascended in the 20th century, perhaps fewer than in other states, but certainly enough to quicken the pulse of former Lt. Gov. Scott Angelle and current officeholder Jay Dardenne, who are both looking to move up. 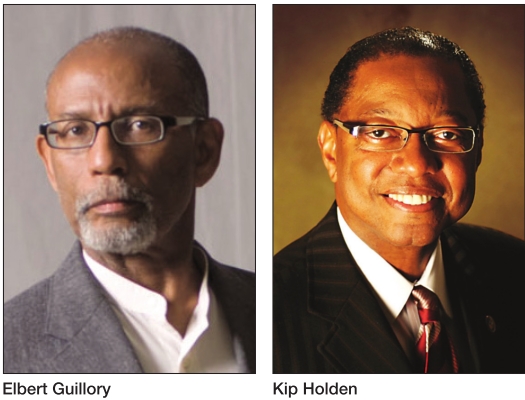 Demonstrating its undeniable appeal, four major candidates are vying for lieutenant governor this year: Billy Nungesser, John Young, Elbert Guillory and Kip Holden, three Republicans and a Democrat, respectively. All the candidates have extensive previous experience, and two have raised a great deal of money. Leading the money race is Billy Nungesser, a former president of Plaquemines Parish, with more than $2.2 million raised. He is followed closely by John Young ($1.9 million), the president of Jefferson Parish. Deep pockets are a necessity in this statewide race, which includes eight media markets. Thus, the ability of Elbert Guillory, a state senator, and Kip Holden, the term-limited mayor of Baton Rouge, to compete may be limited by their inability to raise enough money.

The office of lieutenant governor in Louisiana does not satisfy conceptually or practically. The public routinely misperceives the role and duties of the office. This misperception is aided by the candidates themselves, who often seem to wish the office itself had a different focus. Case in point: Billy Nungesser recently argued that “people want someone to fight for them,” which may be true, although how he will be able to “fight for the people” in the areas of culture, recreation and tourism is unclear. In Louisiana, it has become standard practice for lieutenant governor candidates to speak of leadership and economic development, while ignoring the job description. In the end, most of those who seek the office don’t really want it, at least not for itself. What they really want to be is governor, which suggests a rethinking of the position itself. States across the country elect 290 officials other than governors, including 43 lieutenant governors. What could Louisiana learn from these examples and apply here?

A second way to retool the office is to require candidates for governor and lieutenant governor to run on the same ticket. This simple procedure, once popular in Louisiana and currently the practice of 26 states, does not address the “restless ambition” component of the problem. But it does eliminate the possibility that a separately elected governor and lieutenant governor will be ill-matched: supporting different parties and professing different philosophies of government.

Although Kathleen Blanco and Mike Foster and Mitch Landrieu and Bobby Jindal got along pretty well, other states have suffered through trying inter governmental squabbles. For example, in Arkansas in 2013, Republican Lt. Gov. Mark Darr ill-advisedly signed a concealed weapons bill while Democratic Gov. Mike Beebe was out of state. Later, Beebe called on Darr to resign following a scandal over the violation of ethics laws. Similarly, when Democrat Jerry Brown was governor of California (the first time), he left the state frequently to campaign for president. Seizing the opportunity, Mike Curb, the pugnacious Republican occupying the lieutenant governor’s chair, punished Brown for his ambition and frequent absences by signing executive orders countering the expressed intent of the governor, requiring Brown to speed back to California and undo the damage. Examples such as these could be extended at length, but the point is made. With Jindal’s frequent and well-publicized absences, it could happen here as well.

The “ticket” approach to the offices of governor and lieutenant governor is gaining popularity, as evidenced by its recent adoption in four states. While it would not solve all the problems inherent to the position, it would create a team approach to state management and ensure the continuity of government in a crisis. It would also give candidates a less disingenuous path to the governor’s chair, while clarifying the position for the public. Recently heard calls for a constitutional convention should include plans to remake the second-highest office in Louisiana into a vehicle better serving the state and people.

Dr. Pearson Cross is an associate professor in the Political Science department at UL Lafayette. He holds a Ph.D. from Brandeis University (1997), and his principal areas of teaching are state and local politics, Southern and Louisiana politics. Contact him at [email protected]